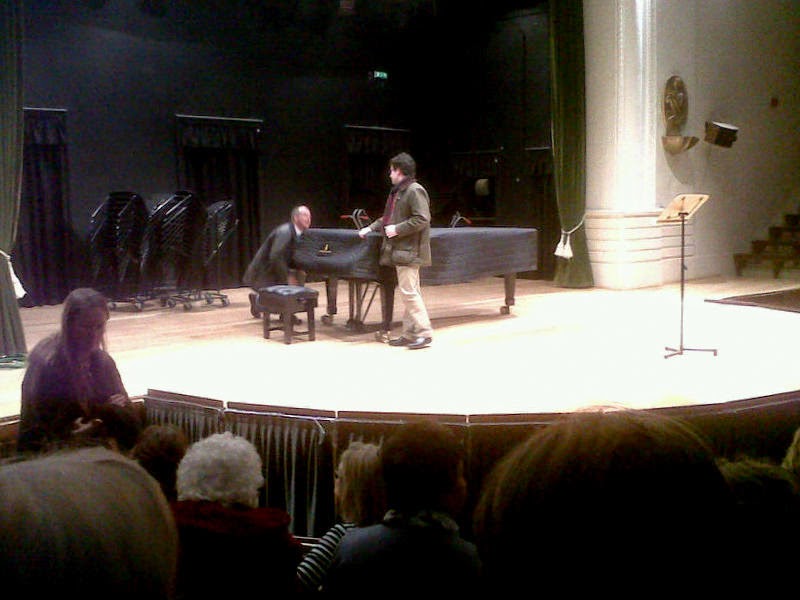 Setting up the Steinway piano

Oh dear, a new year and the start of another season singing in Marlborough.  How time flies, and of course, I'm another year older!  Above you can see the piano being prepared for our first rehearsal last Friday 9th Jan.   It's a smart, newly renovated instrument, and cost something in the region of £75,000 last year.   The old one was taken in part-exchange, and will be recycled for another choral society or school.  We rehearse in the concert hall/theatre at the college, with the concert taking place in March in the chapel. 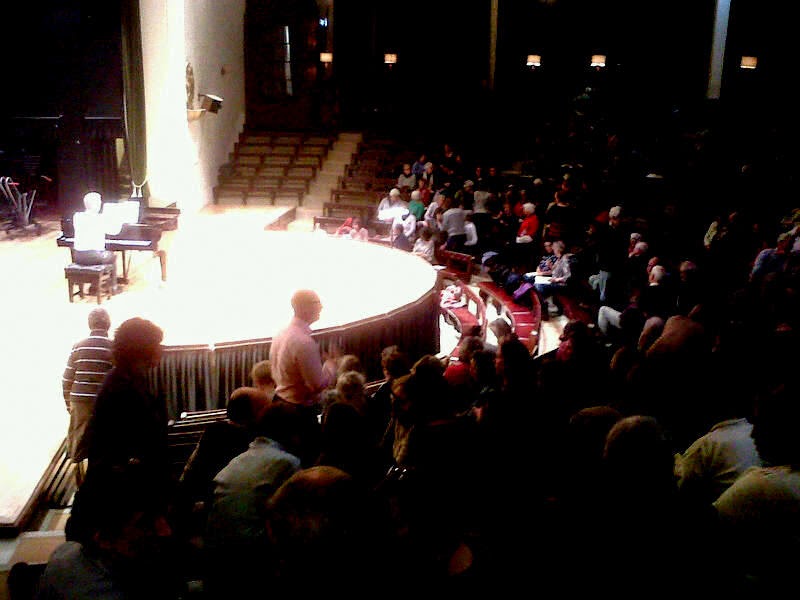 The stage, with Ian our accompanist, and part of the choir.

I took these photos on my mobile phone, and the camera cannot cope with too much contrast with the light, hence the almost white stage!  It is brown and wooden in reality.  The sopranos are sitting in the foreground, with some of the altos in the background, and the gentlemen sit between the two sets of ladies!

We are singing Verdi's "Requiem" a mighty choral work which demands two separate choruses and soloists.   I've never sung the work before, so became somewhat confused when attempting to follow the proper chorus line! 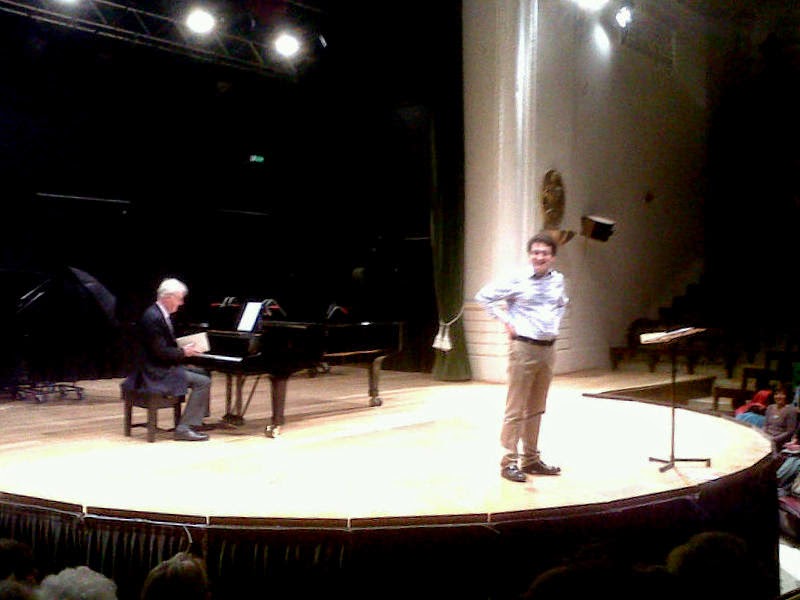 Ian and Alex, the conductor.

A great round of applause goes up when Ian comes onto the stage.  He has retired from teaching, but comes in to accompany us on the piano.   This is Alex's second season conducting us, and it is always good fun, even though we are singing a requiem!