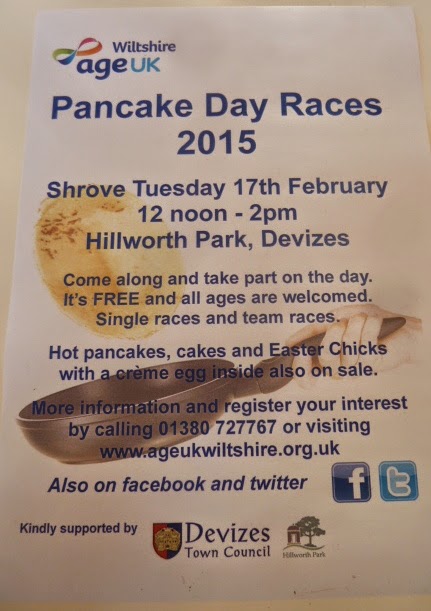 Poster for the Pancake Races in Hillworth Park 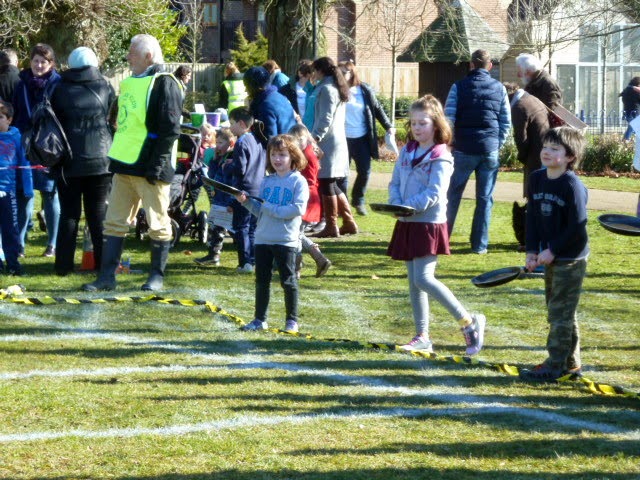 Children wait to run down the track the their frying pans and pancakes. 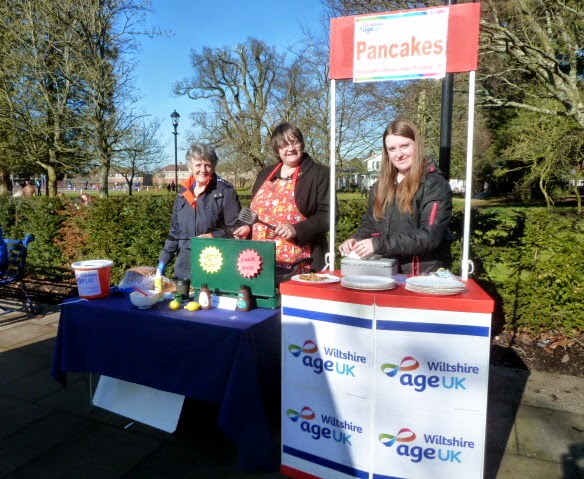 Pancakes with a variety of sauces being prepared by some nice friendly ladies.

Up on Oliver's Castle and at Mother Anthony's Well 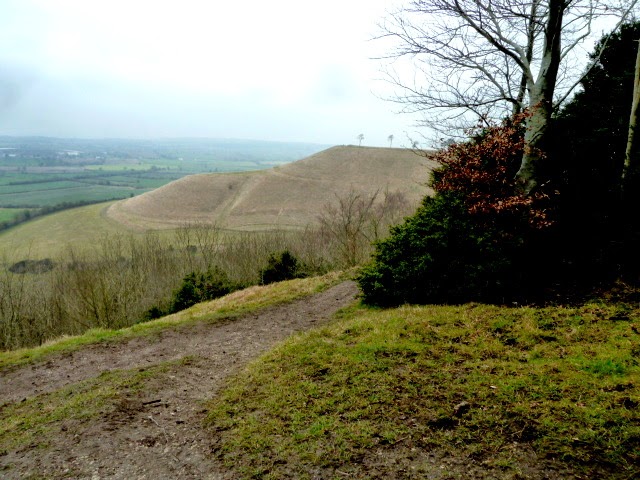 I had a very busy Sunday, and did a walk I would not attempt on my own, as I needed a great deal of encouragement to climb up to Oliver's Castle, a landscape feature that proved quite decisive during the Battle of Roundway Down in 1643.   The above photo shows a view from the nature plantation looking towards the promontory, which is a good, windy site on which to fly kites and model aircraft. 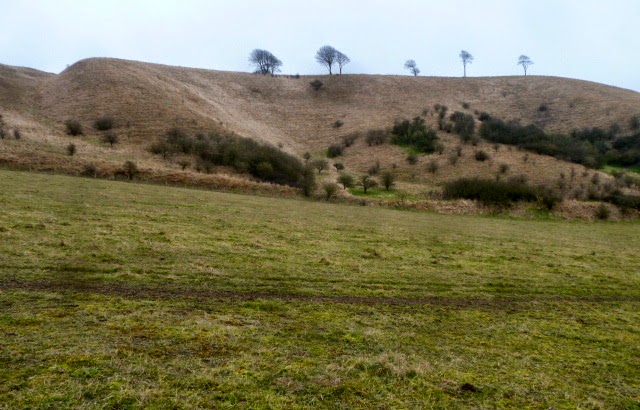 The view from the bottom, which gives some idea of the climb I had to attempt.  I was completely exhausted when I got to the top, and had my mobile phone with me, just in case I needed to call the air ambulance men to come and resuscitate me! 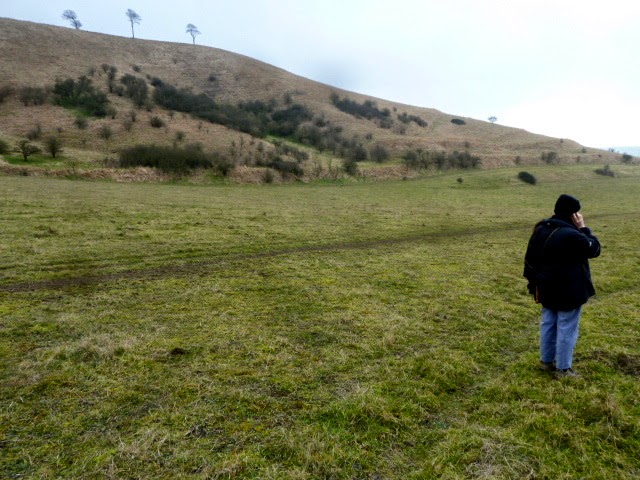 Pamela on the phone at the foot of the downs. 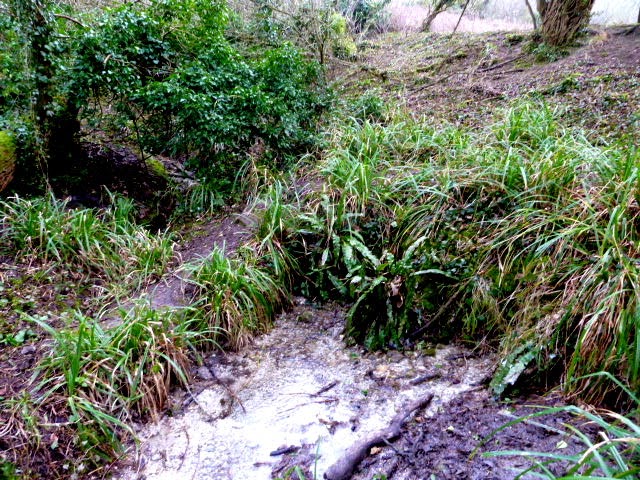 This is the spot where water leeches out from the chalk, and is regarded as a sacred site by some believers.  It is the site of pre-historic settlements throughout the ages, and is also the site of a Roman villa.   It is nice to imagine all the people and animals who have stopped here to drink from the spring.
Posted by Vicki M at Monday, February 16, 2015 No comments:

In Bristol with Members of the Lawrence Art Society of Devizes. 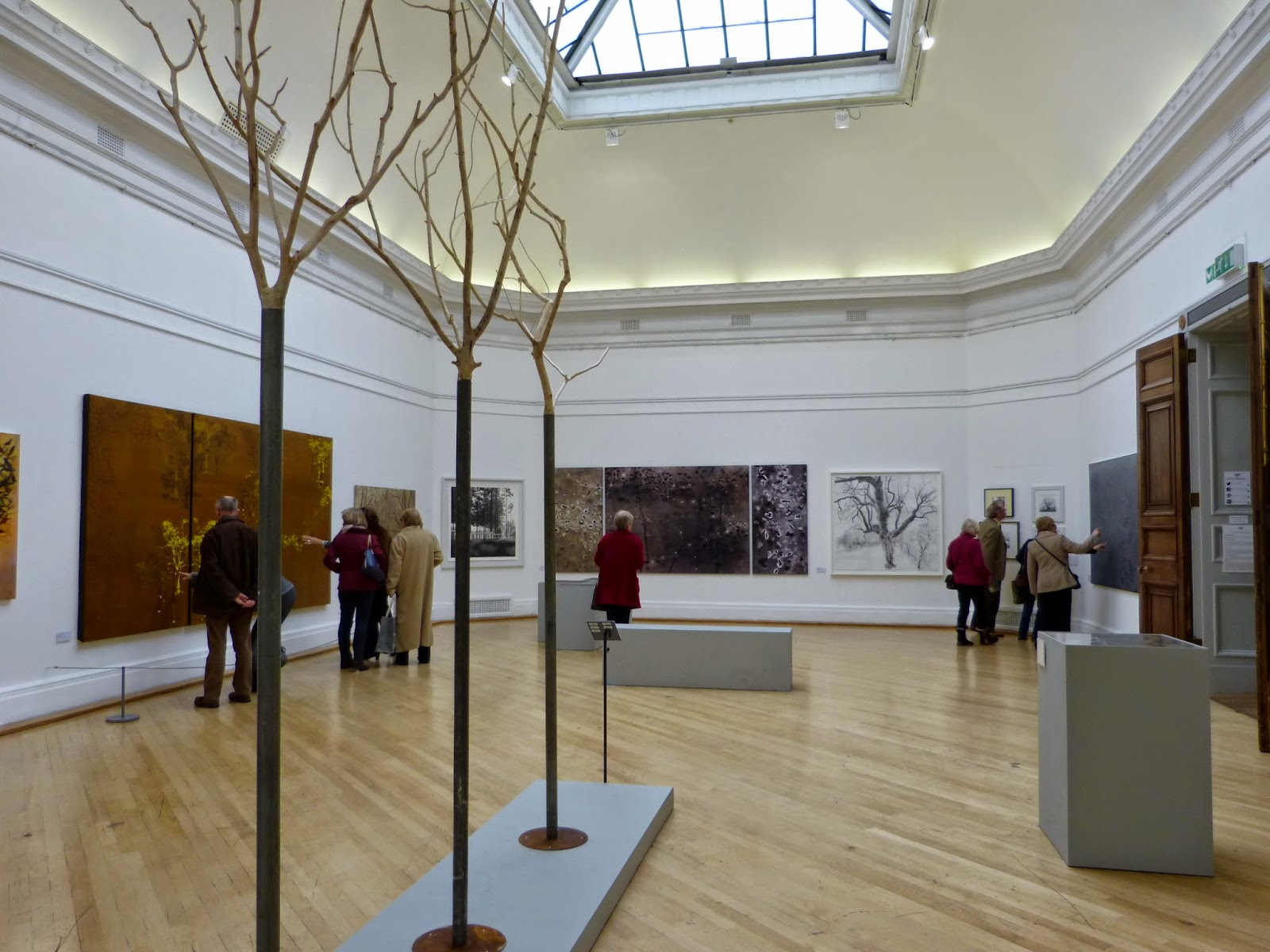 Art and sculpture by Tree Artists.

The main gallery had a display of paintings and works by people who like trees.  Not only were the finished works on show, but it was possible to see the artist´s sketch books and drafts for the finished works. It was interesting to see how the final painting evolved over time. 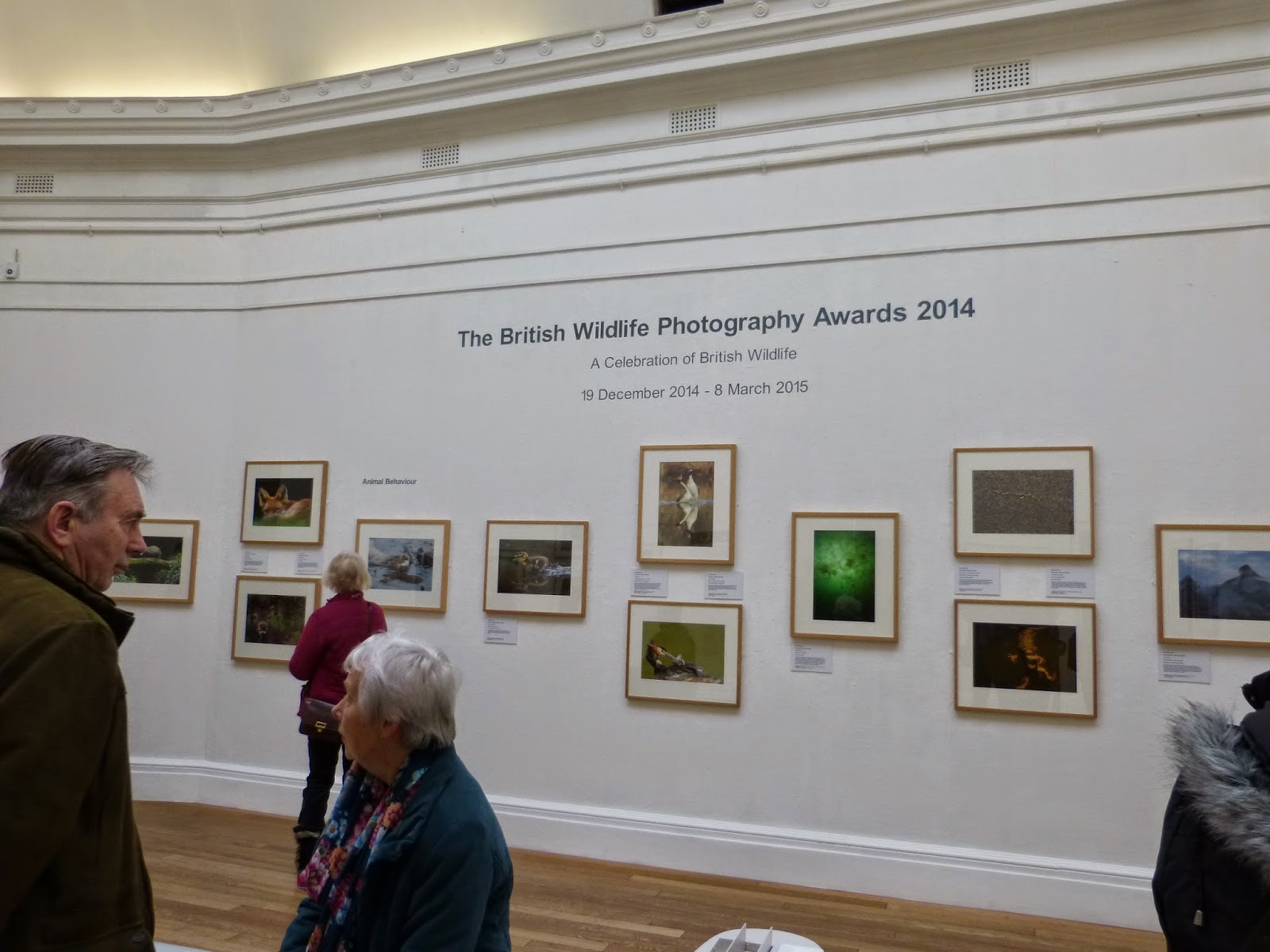 This gallery showed some of the most beautiful photographs of animals, fish and plant life I have ever seen.  Beside each photo was a short description of how the photo came to be captured, it seems by accident most of the time.   Digital cameras make life easy for a photographer, although a great deal of patience is needed to be in the right place at the right time to capture the best shot. 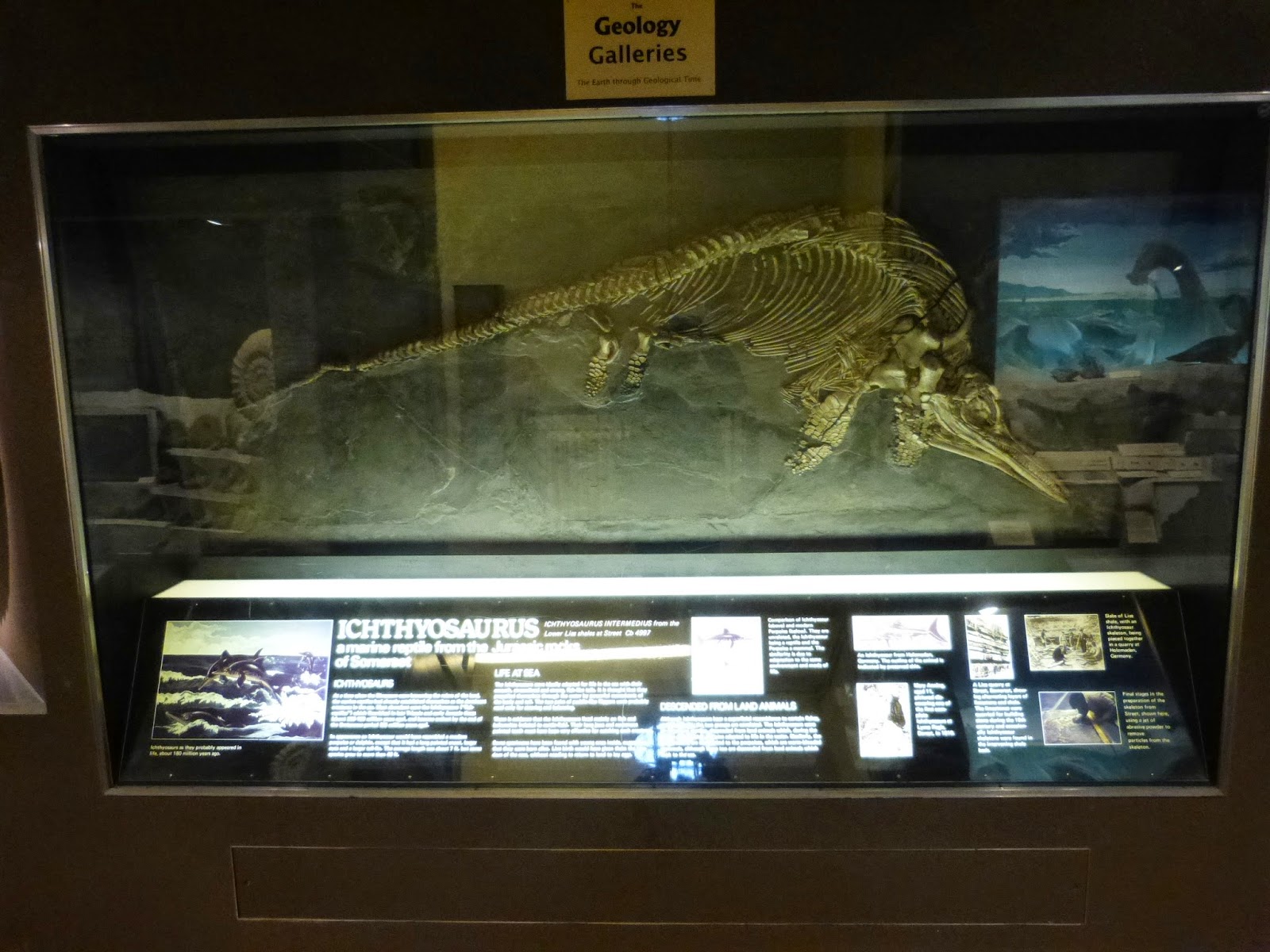 The Fossil Gallery in Bristol Museum.
Posted by Vicki M at Thursday, February 12, 2015 No comments:

Ice on the Canal at Devizes Wharf. 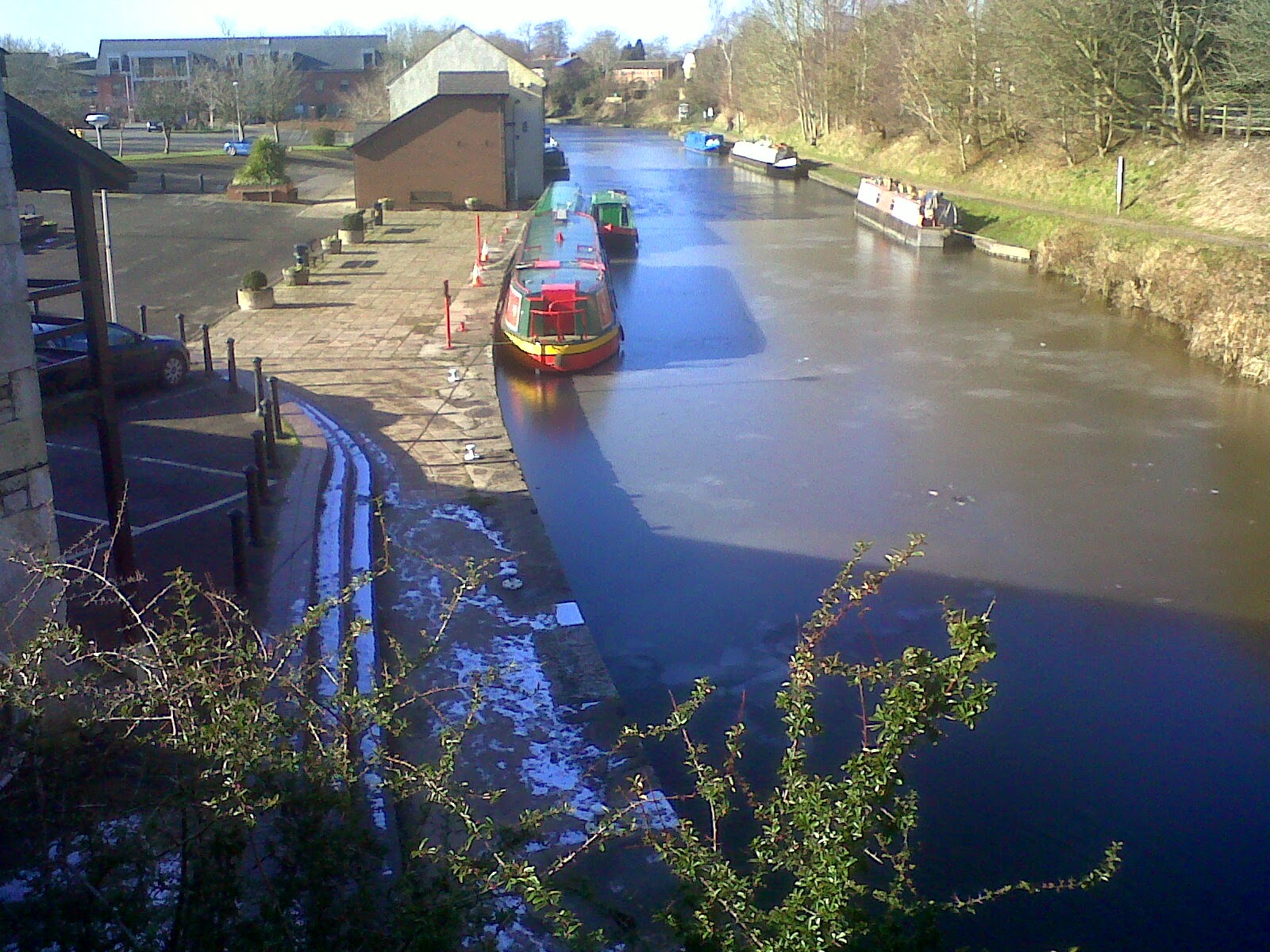 Ice on the canal at Devizes Wharf.

It was very cold this morning, but the sun seemed higher in the sky, and out of the wind it felt really warm, almost warm enough to sit on a bench and bask in the warmth.  I had that feeling that spring was around the corner, and walked the towpath with a spring in my steps. I hope it last!   The photo shows the old wharf building, now the "Wharf Theatre" to the left near the narrowboats, one of which is the "Kennet and Avon Canal Trust's trip boat, "The Kenavon Venture."     From my viewpoint on the bridge, I'm looking towards Bath. 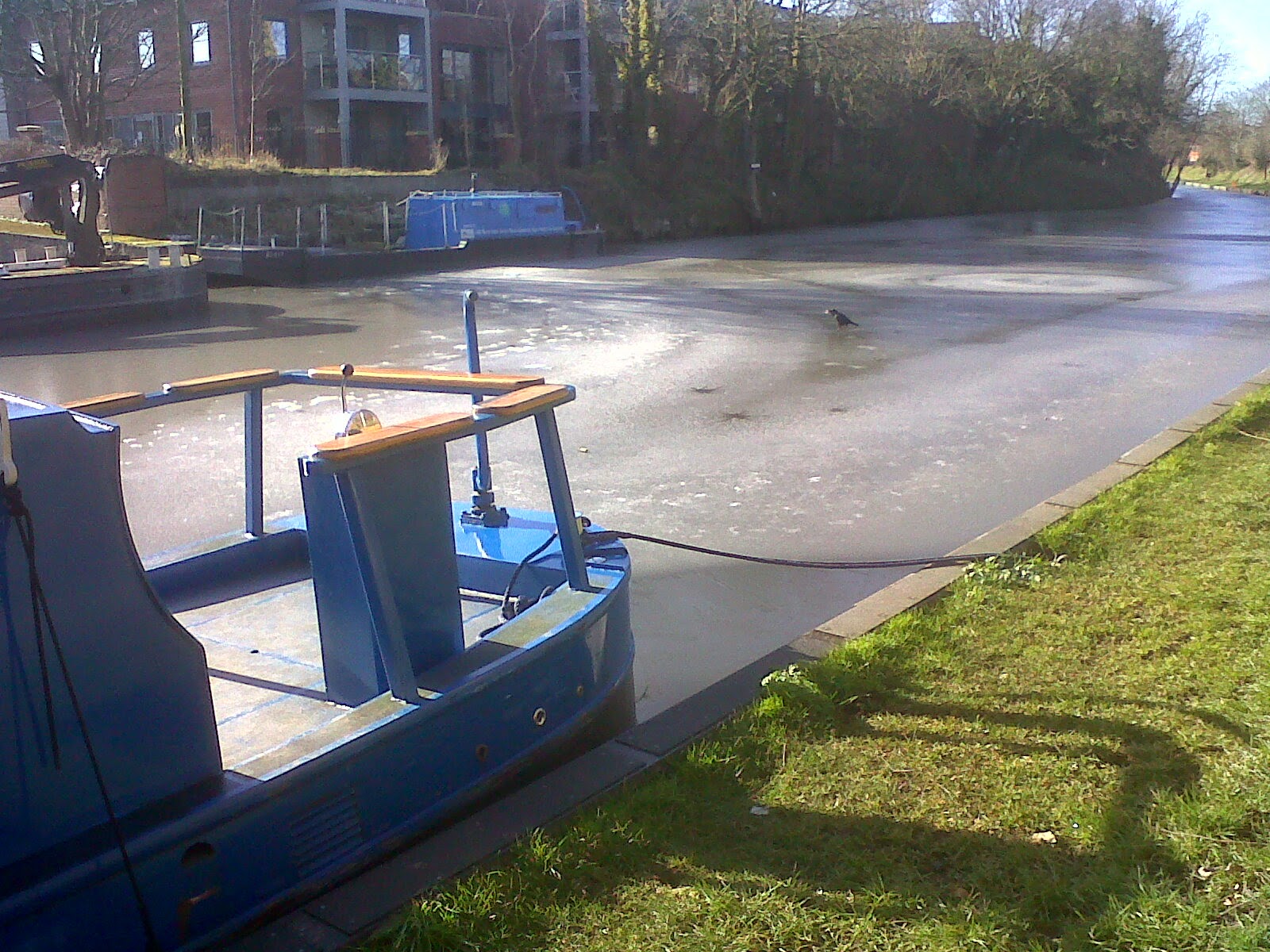 A black crow centre, plods over the ice. 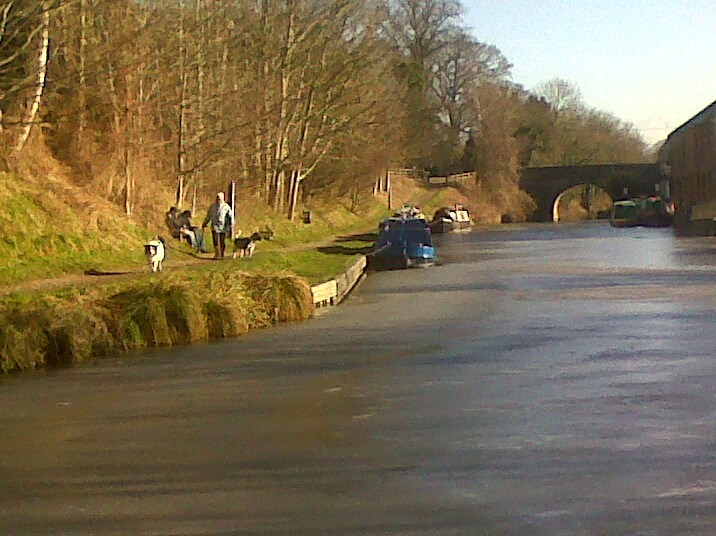 Dog walkers out and about on the towpath.