Out on the Ramparts of Old Sarum 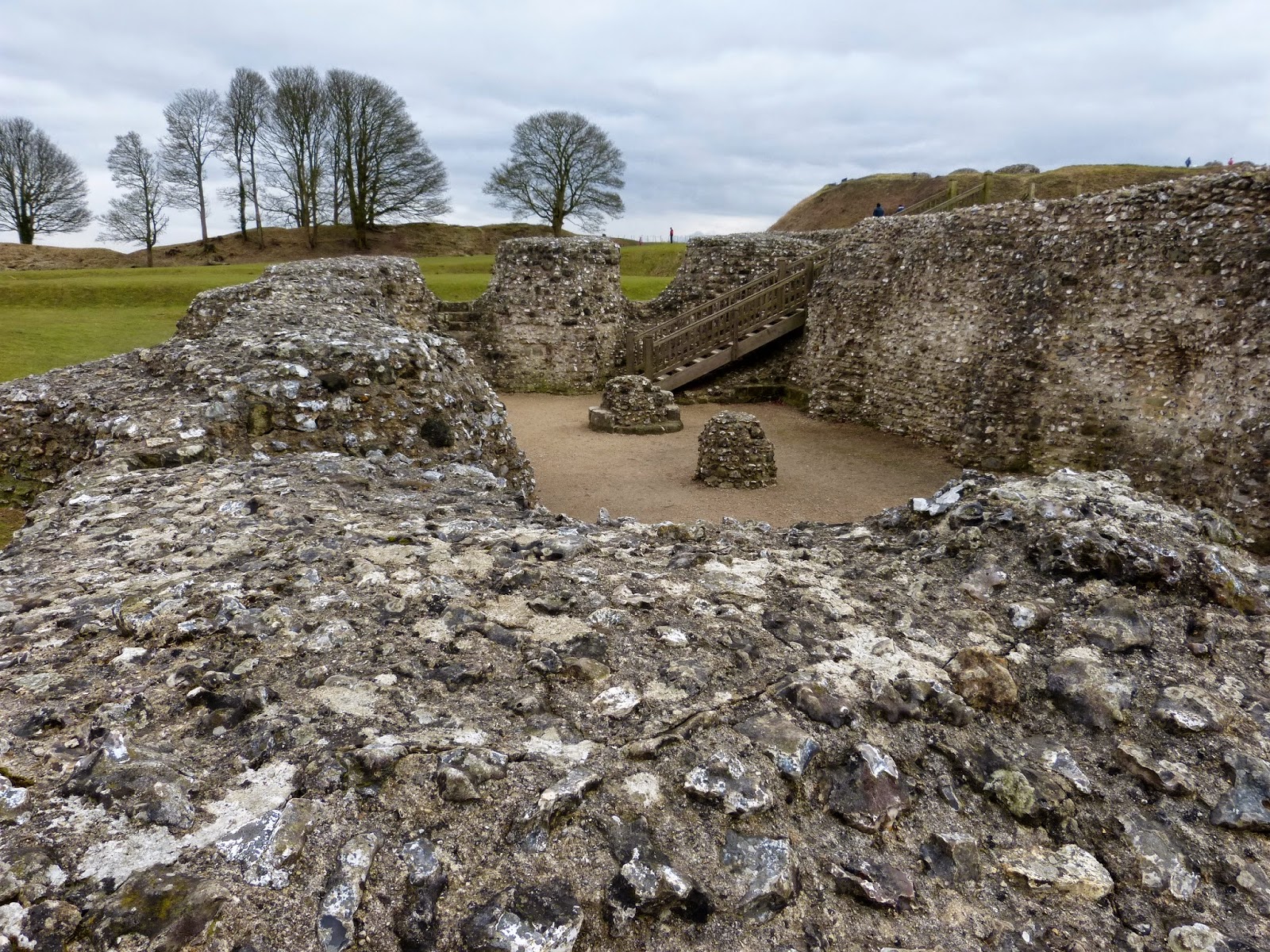 Old Sarum was the original site of the city of present day Salisbury.  It occupied a site of continuous settlement right back into neolithic times.  The Romans were here, there was an Anglo Saxon settlement here, and also after the Norman Conquest, a motte and bailey castle was built on the mound.

The reasons for the town´s removal to the lower ground of the present city are many and varied, and there is much discussion as to why the town upped sticks and moved!  The cathedral was dismantled, quite a mega task for a time of horse and cart transport.  I wonder what really happened.  A better source of water from the River Avon at the new site might explain much of the inhabitants reasoning. 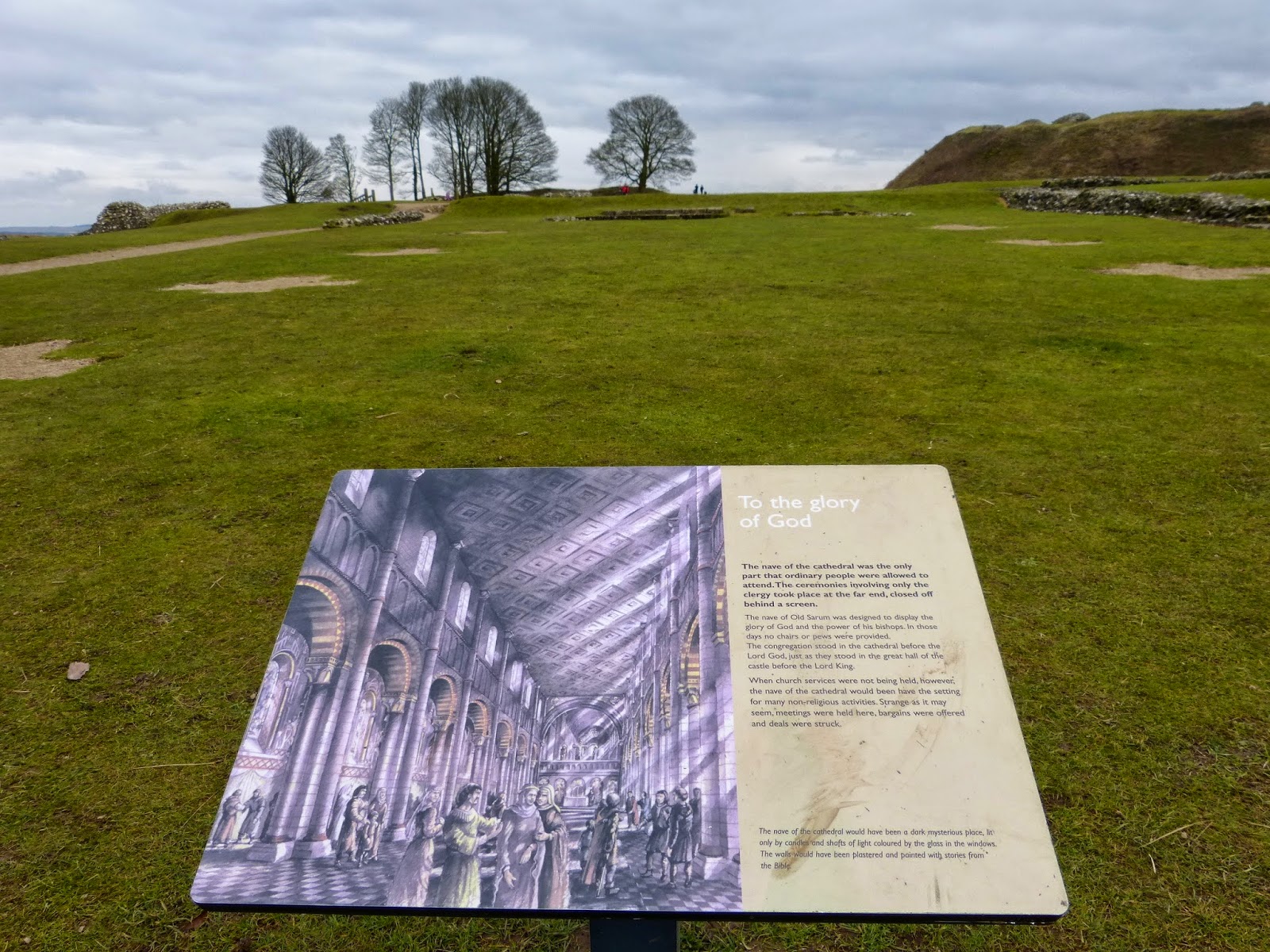 The information board in what was the nave of the cathedral.

I attended a very good talk last Saturday at Devizes Museum, where Alex Langlands from Winchester University talked about Old Sarum.  He has many interesting theories as to why the town moved, all of which seem plausible.  However we shall never really know the true reason. 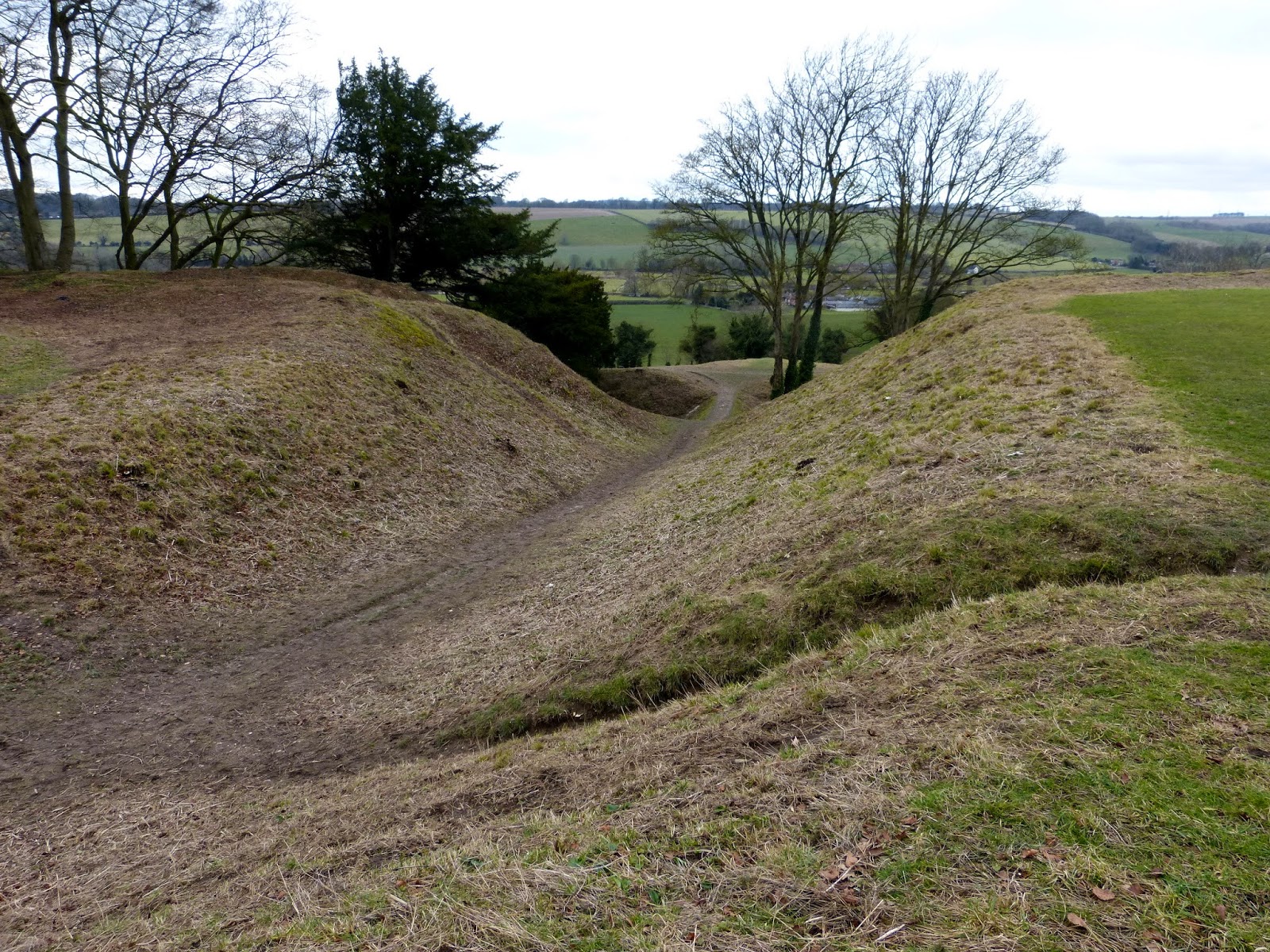 Part of the rampart around the site, showing an original entrance.

The original site with its Norman castle is extremely well defended, with some of the deepist rampants I have ever seen.  It would have been almost impossible to an alien army to attack the castle and town and its inhabitants.