Frome Museum, and "Quarry Faces" a History of the Stone Quarries in the Area. 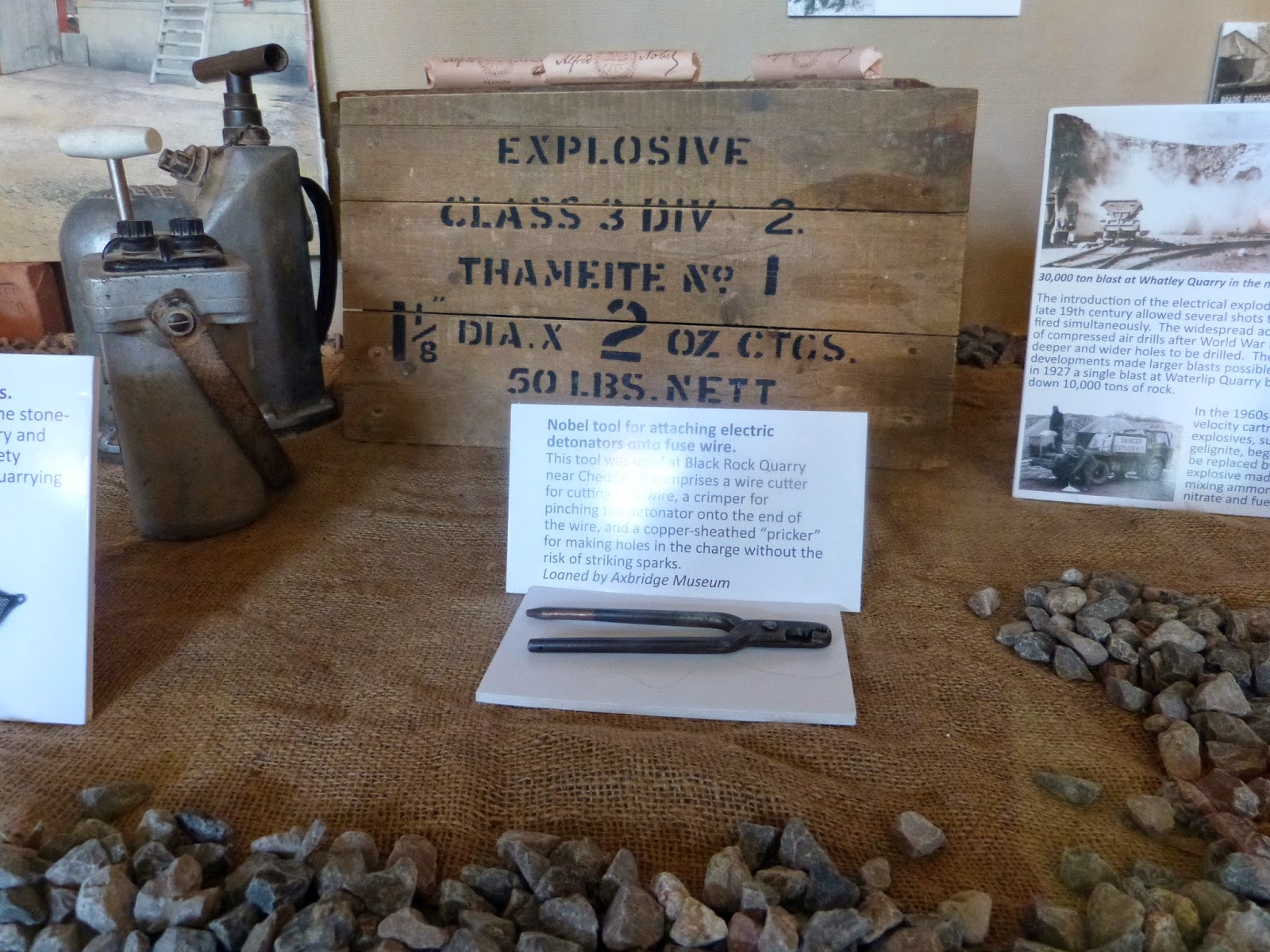 Box of Explosives and a detonator.

This interesting little museum in Frome,, a hilly little town, with all the most interesting shops at the top of the hill of course,  lies in the cider making county of Somerset.  At the moment it is showing a special exhibition about the quarrying of stone in the local area.  The area is famous for its oolithic limestone, which has been quarried here since the 13th century.  The stone built nearby Wells Cathedral, and also some of the fine 18th century buildings in Bath.

The above photo shows a box that once held dynamite, an explosive discovered by Alfred Nobel, which made mining and quarrying a much easier process.  Stone could now be blasted out of the mines and quarries, instead of by the labour intensive method of hand cutting with huge saws.   To the left are two detonators, used for setting off the explosives.

The Nobel tool, lying in the foreground of the photo, was used to clamp the fuse wire onto the detonator.  These pincers were coated with ? (help me!) a metal which prevented sparking, and prematurely setting off an explosion.  I'm no chemist, so my knowledge here is a bit thin on the ground! 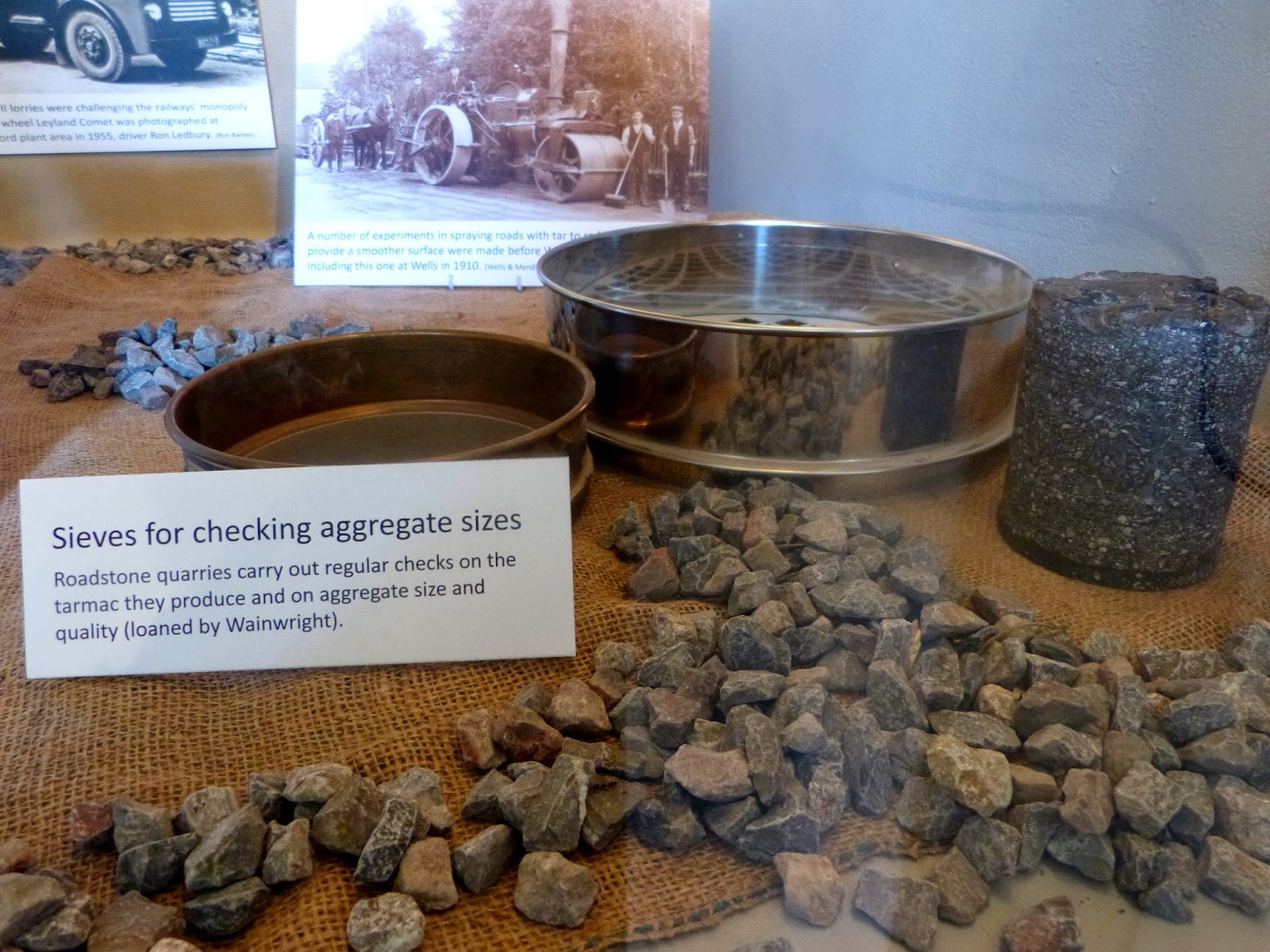 Sieves for the grading of road aggregate.

Aggregate is used for road construction, and after the stone was blasted out of the quarry, it was smashed into smaller pieces, and then graded in large hoppers into different sizes for various applications. 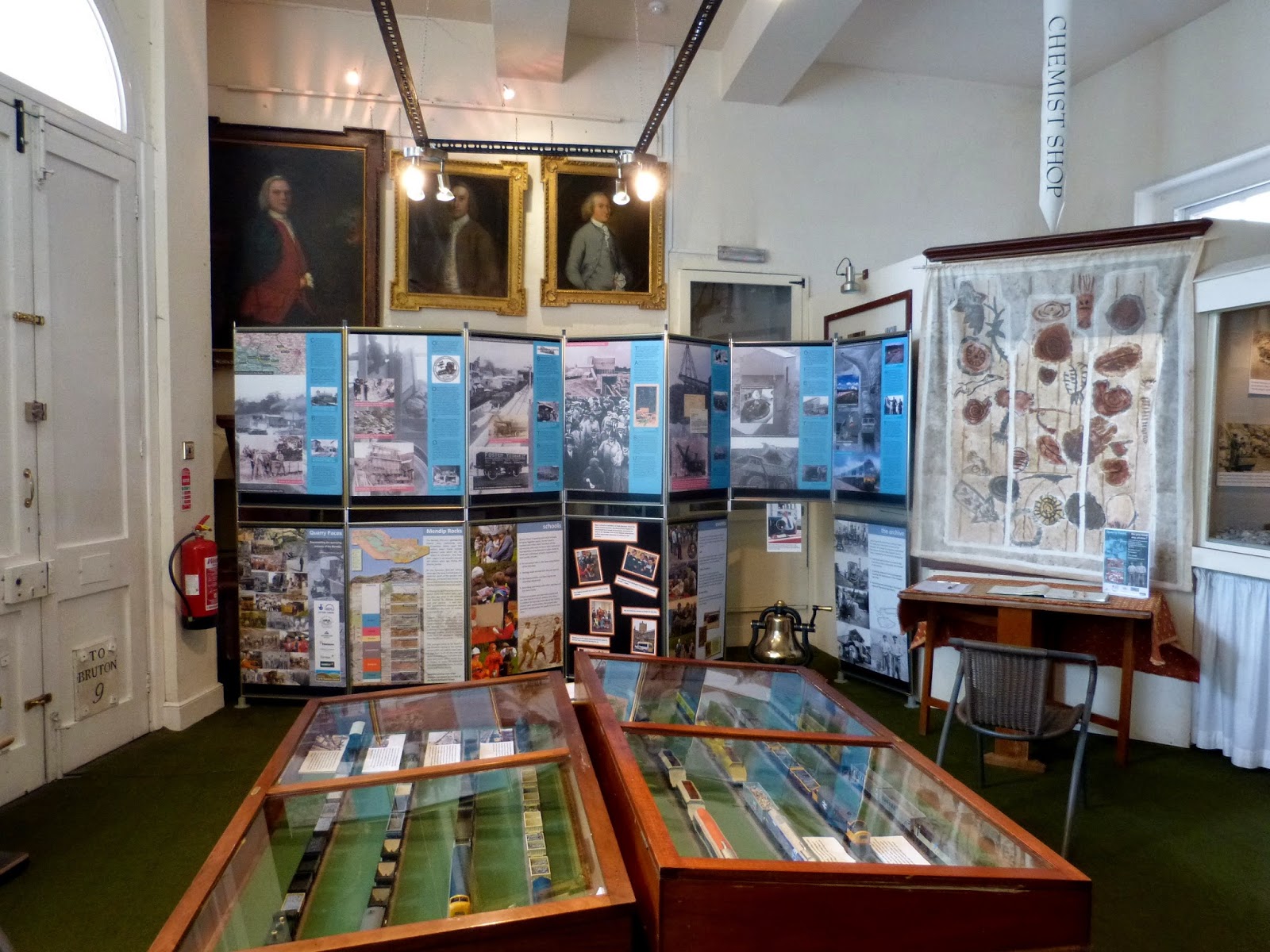 A view of the exhibition.

After our visit we found a local cafe for lunch, where we enjoyed tasty bacon butties,  cups of coffee and a glass of Somerset cider!   All my idea of a good day out. 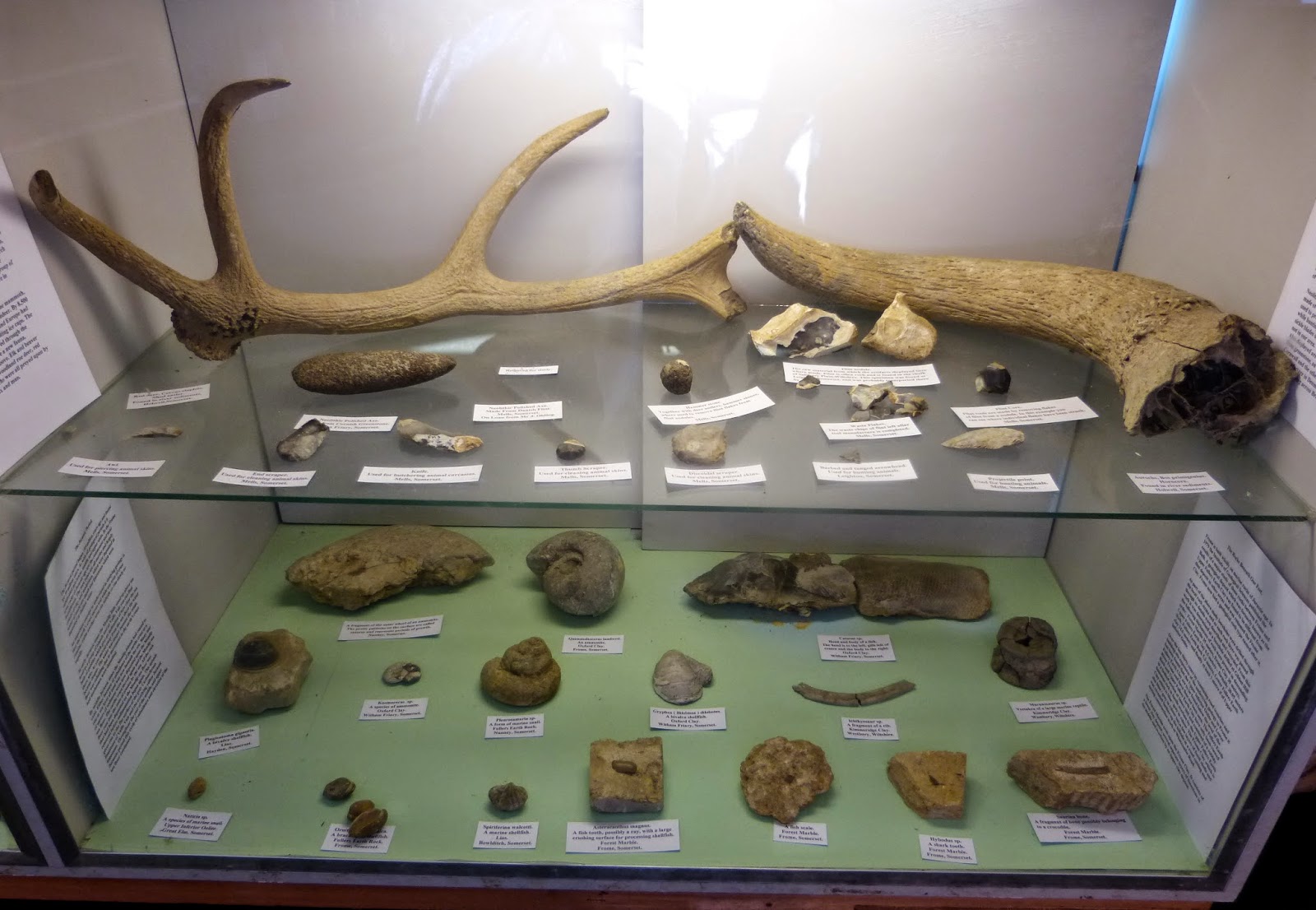 The fossil remains of some of the large animals, that once roamed the local landscape.