May Bank Holiday Monday in the Market Place, Devizes. 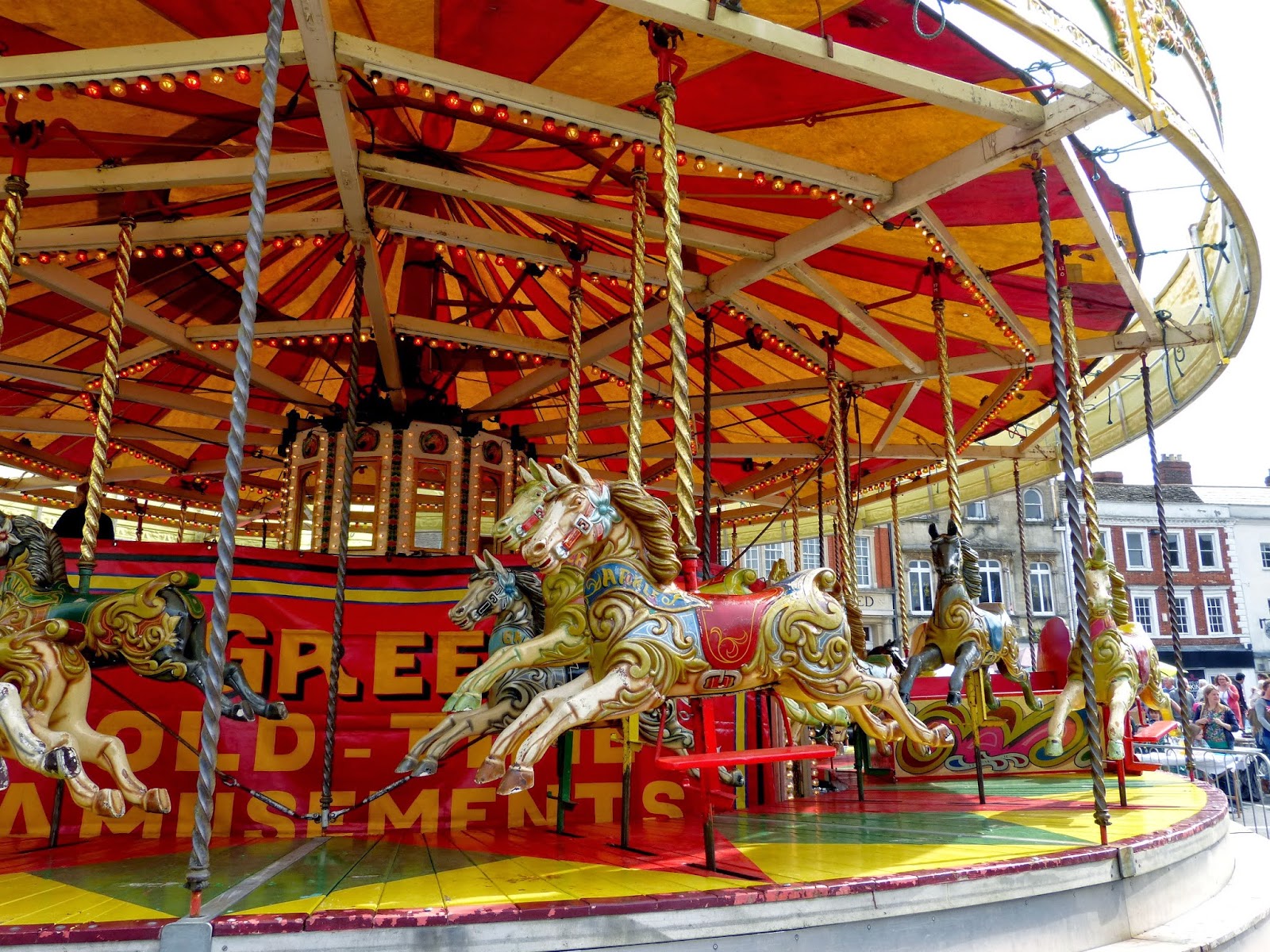 I`ve been busy this week, so have got a little behind with my blog writing!  Also the time was "out of joint," because last Monday was a bank holiday, and then the following days felt in the wrong order.   I´m sure I´m not alone in feeling lost sometimes!   These photos were taken at the "Devizes Lions" Bank Holiday festival in the Market Place last Monday.  The sun shone for a change, and everyone had a good time.

The prancing horses were kept busy all day, not only by children, but with older ladies and grannies, who were reliving the experiences of their youth.   Many years ago I took a ride on a similar roundabout, but was so ill, that I´ve never ventured near one again. 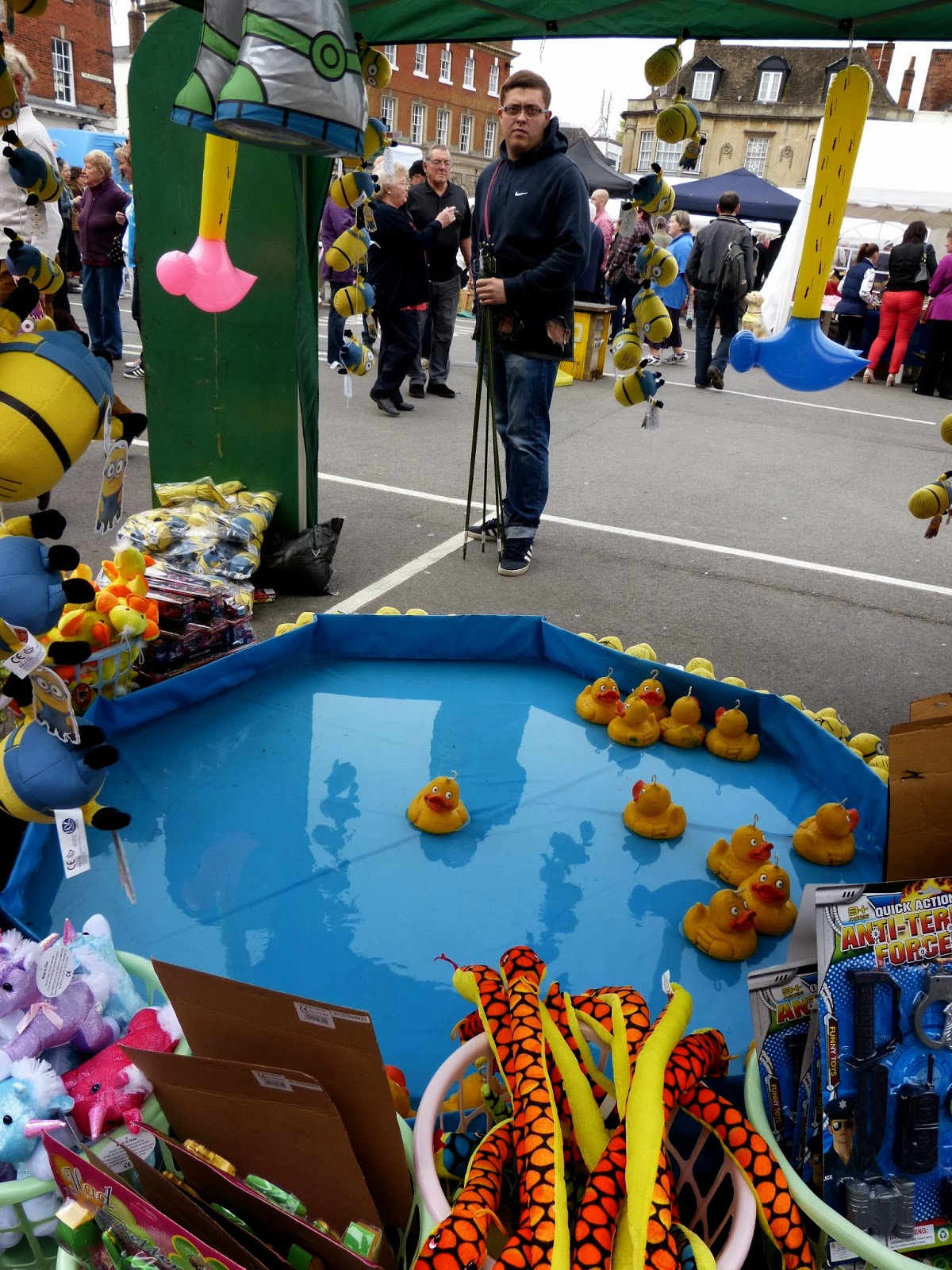 Captive ducks wait to be caught.

I visited early, before it got too crowded, and saw these little ducks waiting to be captured by excited children.  The chap running the stall is holding the sticks with hooks on the end, which are used to "fish out" each duck. 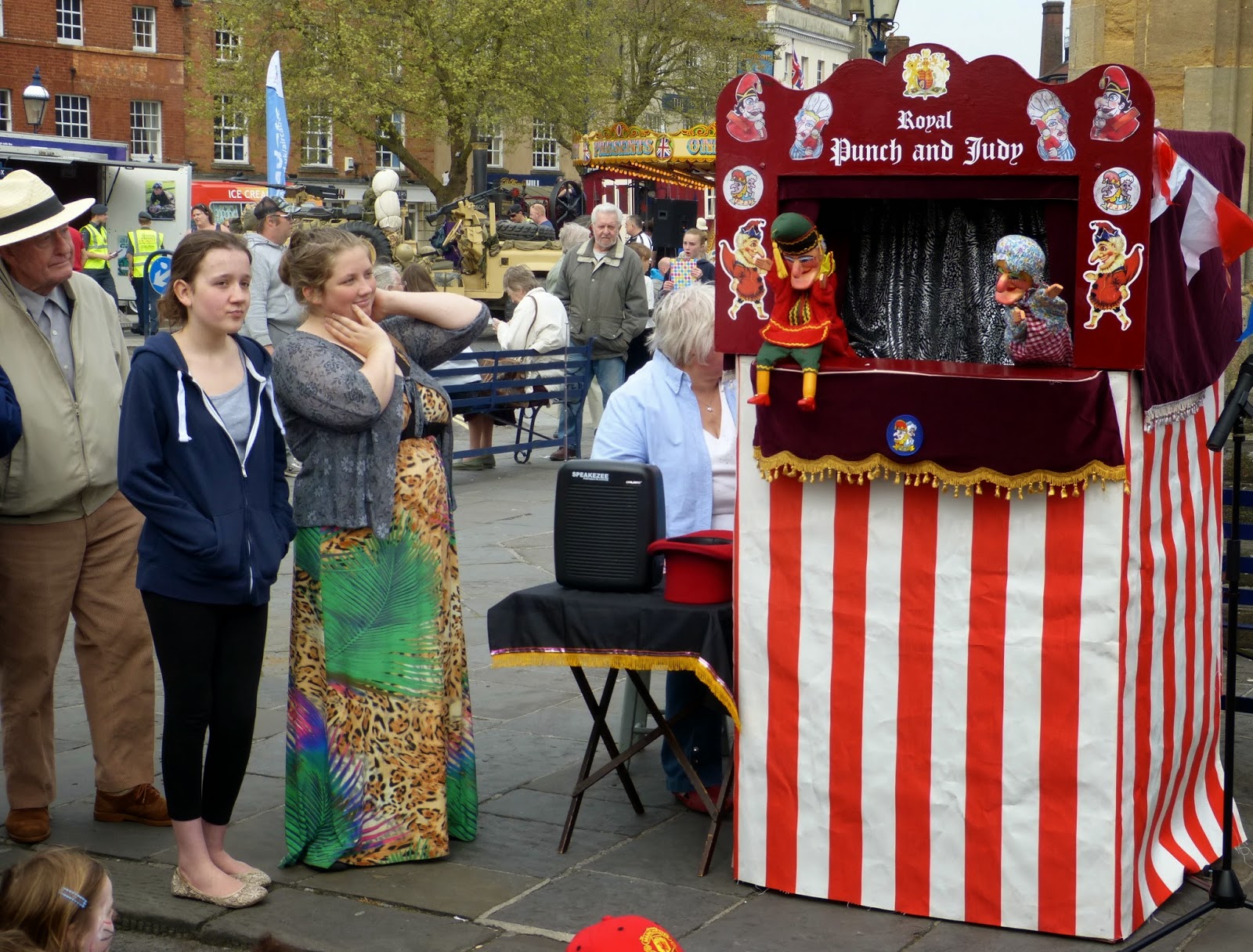 Mr Punch and his poor wife and baby frighten the children. 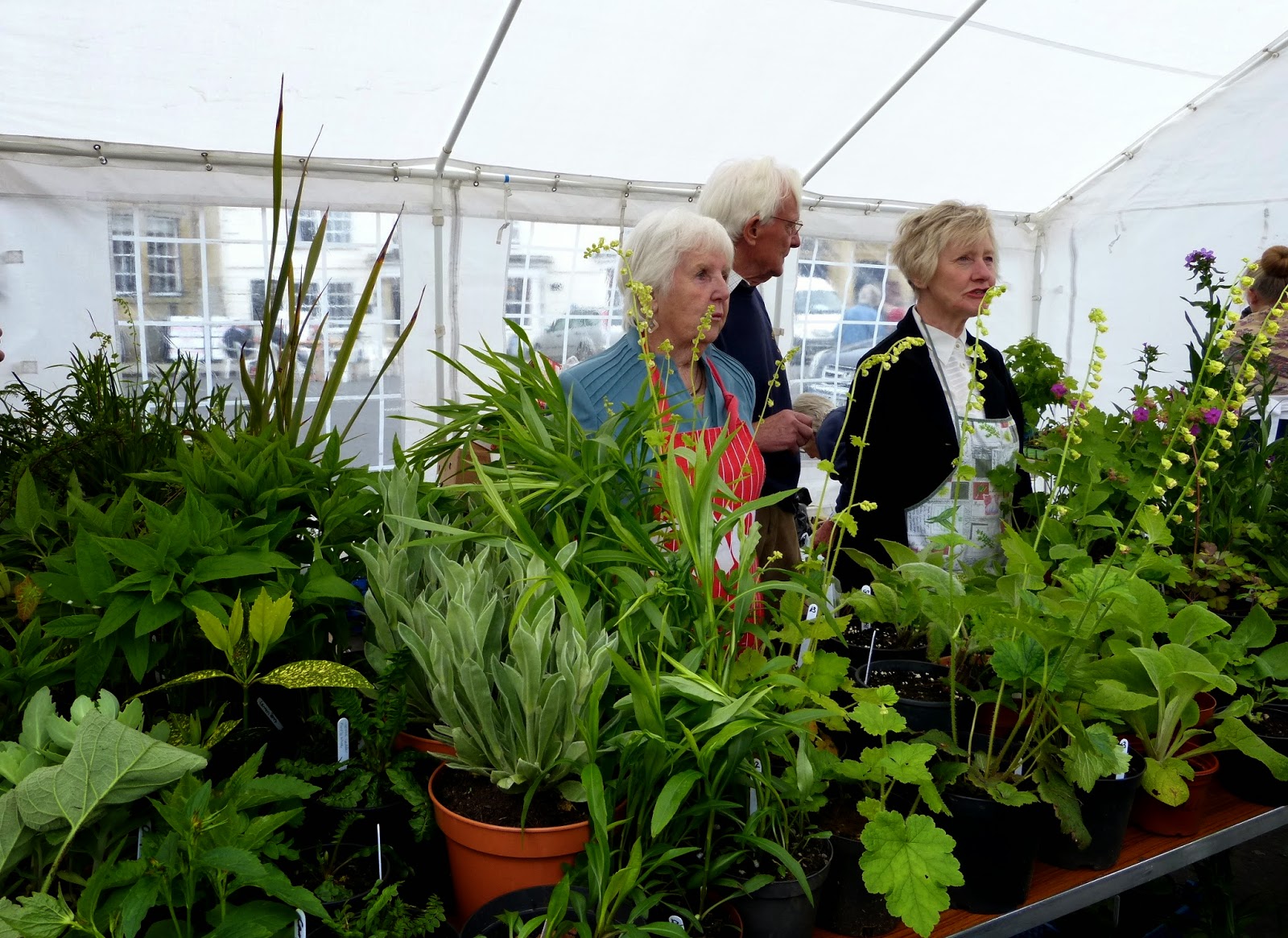 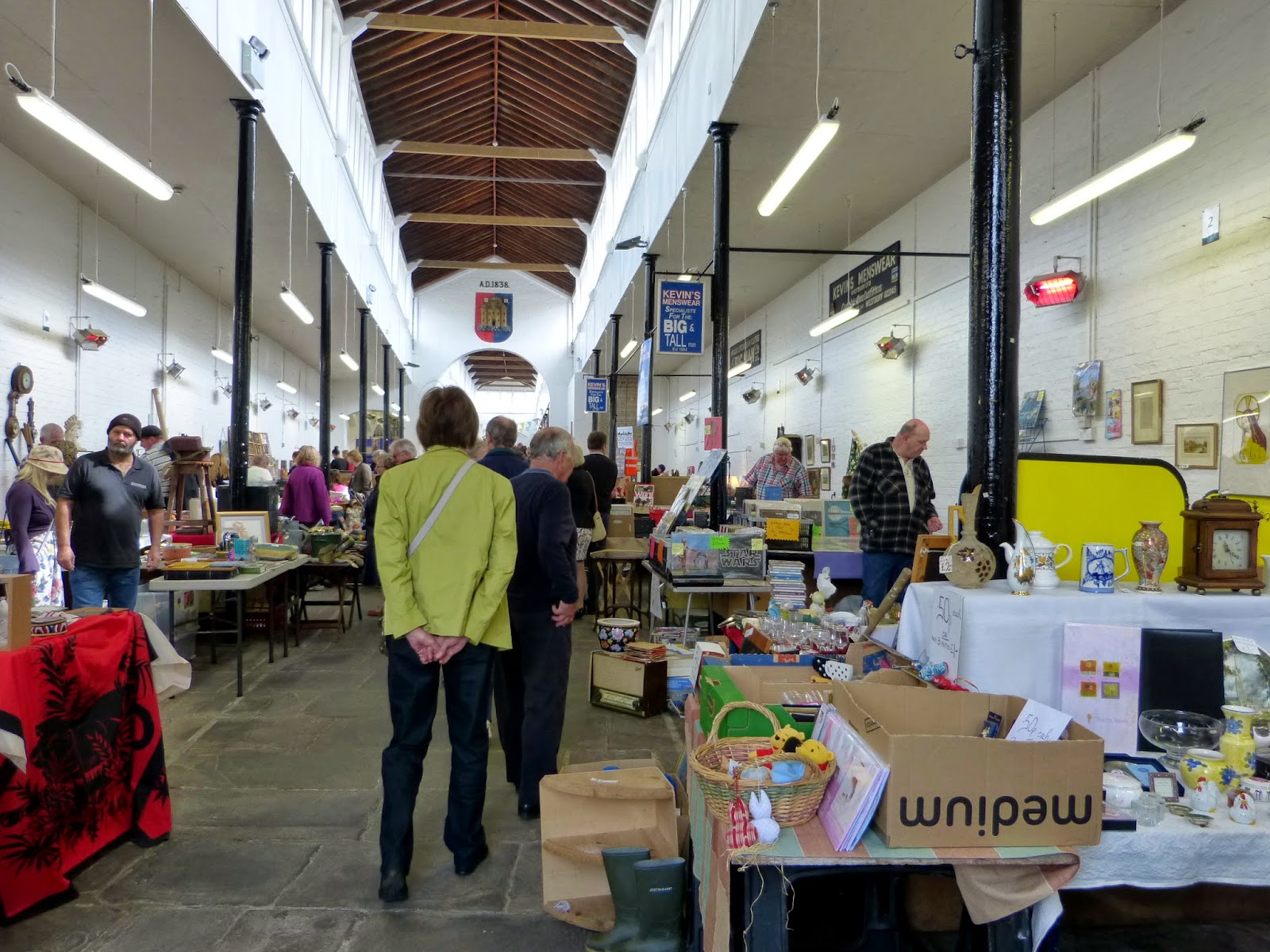 The collectors' market in "The Shambles."


This old building called "The Shambles" was the Devizes Cheese Hall, and used in the 18th and 19th century as a market place.   One wall holds an old information board entitled, "Rules of the Cheese Market" which lists what can be done and what not in the market.  The building was recently renovated, and now regular collectors´ markets take place throughout the week.  The building was used in the filming of "Far from the Madding Crowd" way back in the 1970´s.