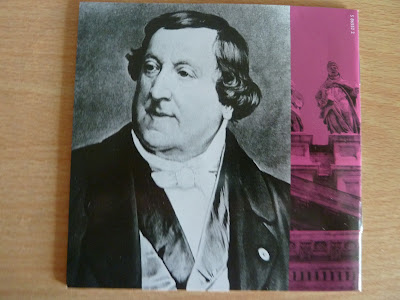 This is Gioachino Rossini, born in the seaside town of Pesaro in Italy on the 29th February 1792.  He was the son of a trumpeter and his mother was a singer.  At an early age Rossini had mastered the violin and the harpischord and sang frequently in public. His obvious talents were encouraged and he was admitted in 1807 to the Liceo Comunale in Bologna, where he studied counterpoint and cello.
Over the ensuing years he went on to compose 39 operas, The Barbara of Saville, Cinderella and Willian Tell among them.  He took early retirement from the pressures of the opera world aged only 37 years, and spent the next 38 years in social entanglements in Parisian society, where he made a name for himself as a famous host and gourmet.  The abandonment of his successful musical career is unique in the history of music.
On Saturday April 28th 2012  Devizes Chamber Choir will be singing his "Petite Messe Solonelle" a work completed in 1863 and first performed in March 1864.  It was originally composed for four soloists, chorus, two pianos and harmonium.   He later composed an orchestral accompaniment,  stating that if he hadn't, someone else would have!  He died in Paris in 1868 and was buried near Chopin and Bellini, but was later reinterred in Santa Croca in Florence.  This is my opportunity to sing Rossini's work, and will be challenge. 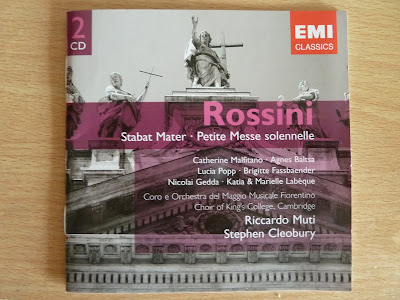