A talk in Bath Guildhall about Braunschweig: Past, Present and Future Developments. 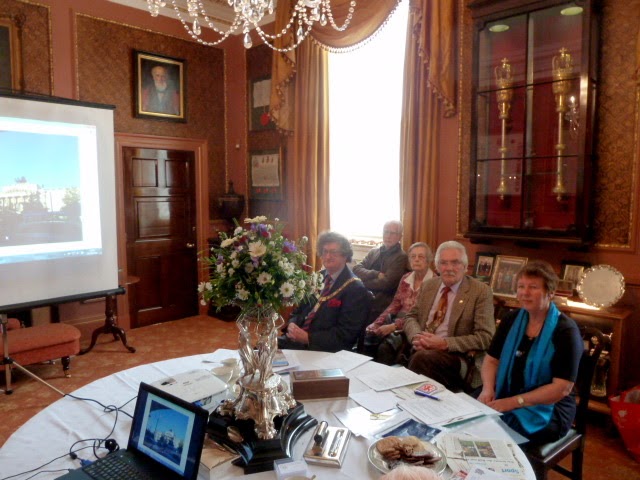 The Mayor of Bath and members of the Twinning Association, with Barbara in blue scarf.

The Bath Braunschweig Twinning Association's members and friends enjoyed a interesting talk with photographs given by Frau Heck from our partner city of Braunschweig.  Frau Heck talked about the city's history and its development into a modern 21st century city. 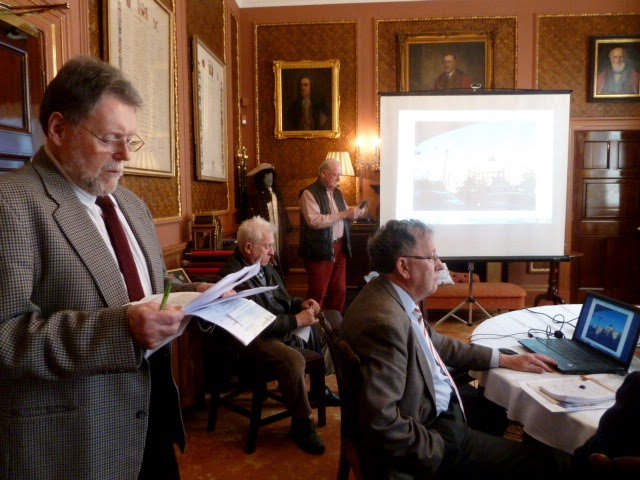 Brian reads a greetings letter to us from the DEG, (Deutsch English Gesellschaft)  in Braunschweig. 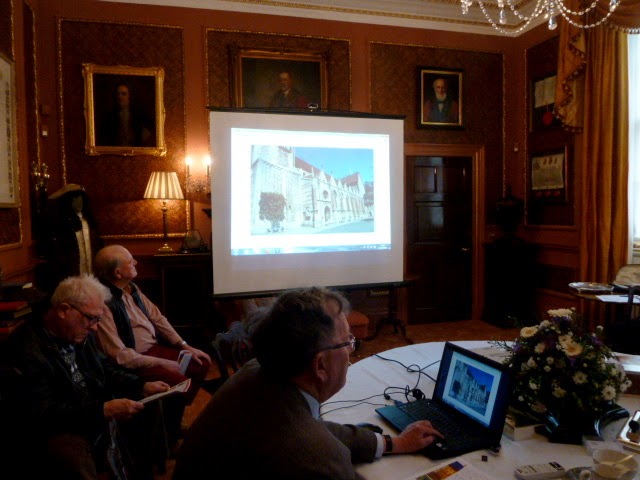 Watching some interesting photos of our sister city of Braunschweig in Germany.

Braunschweig is called the "City of Henry the Lion."  Henry, 1129 - 1195 was the Duke of Saxony and Bavaria, and as Henry lll, was married to Matilda, the daughter of English King Henry ll.  She became, of course,  the first member of the Bath Braunschweig Twinning Association in 1168.