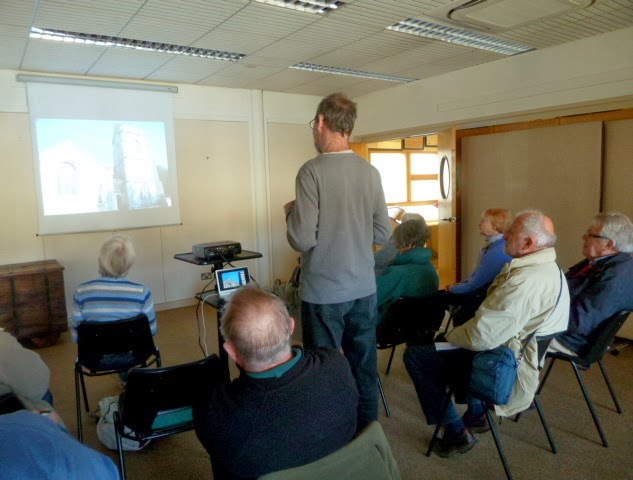 Glued to the screen in the lecture room.

We were in Bradford on Avon on Tuesday morning,  listening to an interesting talk about the old stone quarries in the local area.  Last year we made a geology field trip to two of the old quarries, and this talk gave us interesting history about those mines, as well as of the others in the area, from which the stone for the buildings in Bath was quarried.

Our excellent presenter told us about the quarries during the last war, when they were used to store precious artifacts from London museums from the threat of bombing.   Important government records and documents were also stored in the mines. 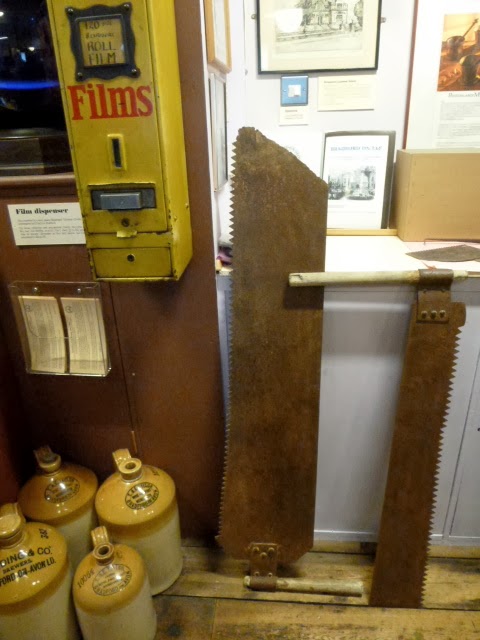 Each saw has a name, (I have forgotten the names of these) and was used for a particular cutting process.  What terribly hard and dangerous work it must have been, well before "Health and Safety" stepped in the make life for the workers much safer.  The museum displayed a good collection of fossils gathered from the local limestone, with some really lovely examples I would like to own and hold.

The museum contains a complete pre WWll chemist shop, with coloured bottles containing the basic ingredients of everyday drugs, lined up on the shelves.    The old bottles in he above photo contained beer, I think and hope! 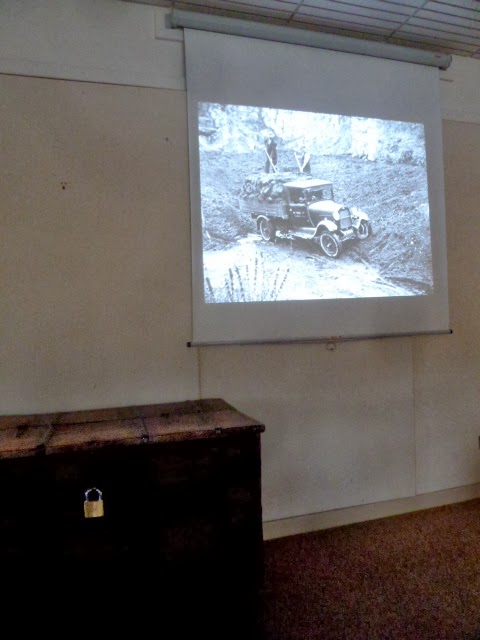 Mushroom compost being loaded onto a lorry.

The constant damp temperature of ca. 14c in the  quarries made it ideal for mushroom growing, and for many years large quantities of mushrooms grew in the damp darkness, tended by lady growers.  The above photo shows a photo from the 1930`s, with men loading used mushroom compost onto a lorry.   Quite what they would do with it after that, I do not know! 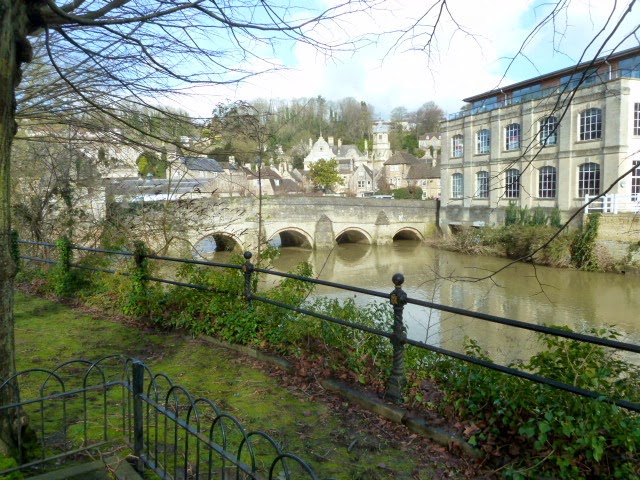 This old bridge takes the Trowbridge to Bath road over the river.  During the recent terrible flooding, the river overflowed its banks, and flooded the surrounding low  lying roads and shops. On the bridge to the left of the photo, it is possible to make out the old town "lock up" on the bridge.  It was not a nice place to be held awaiting trail, as there was not toilet!
Posted by Vicki M at Monday, March 10, 2014