On the Road Again on a Sunny Friday Morning in March. 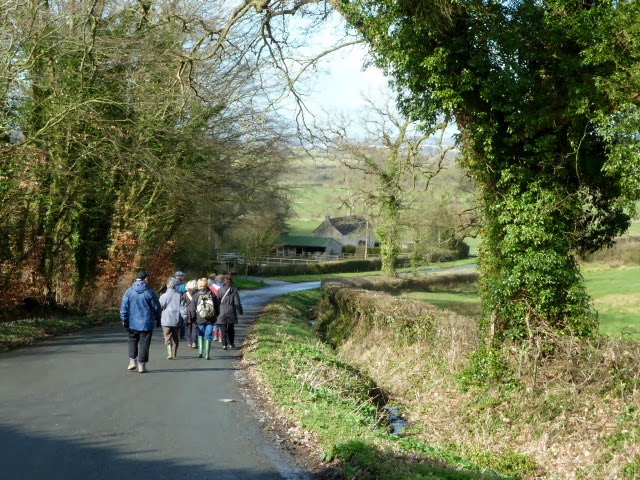 On the road again!

Out in the sunshine walking from Bowood Park towards Chippenham and "Wetherspoons" the local, reasonably priced watering hole! 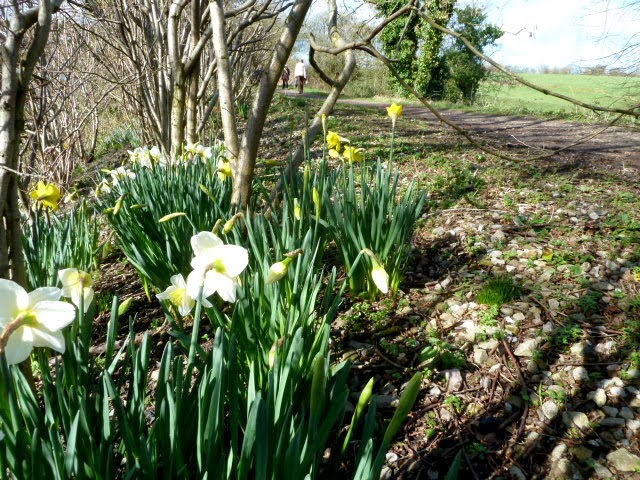 The distant group seen through the branches of a bush.

The daffodils were blooming along the straight line of the old railway track.  The branch line between Chippenham and Lydway, east of Devizes closed in the early 1960's, when Mr Beeching was asked to prune all uneconomic railway lines.   Many of his decisions have proved to be a big mistake!
Posted by Vicki M at Sunday, March 16, 2014