In the Pitch Black of Kents Cavern in Torquay 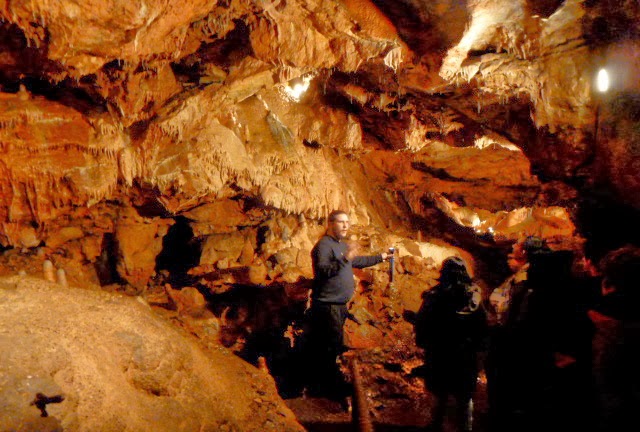 The cavern guide and the stalagmite.

Scientists and geologists found the oldest jaw bone of any human being found in Europe in this cavern .  Early humans lived just inside the entrance, alongside bears, lions and wolves all sharing the same home, but further down inside in the pitch black cavern.   Imagine trying to sleep at night with the sound of wild animals roaring and fighting.  The guide switched off the lights on one occasion, and we all stood in complete darkness, a very strange experience for us all, while our lightless eyes searched out a glimmer in the darkness.   I was very glad when the lights came on again!

In the above photo the guide is talking about the formation of stalactites (they hang on tight on the roof) and the stalagmites that build up from the dripping limestone below.   Eventually the two meet and form a column, but not in my lifetime, as the grow at a fraction of an inch per year. 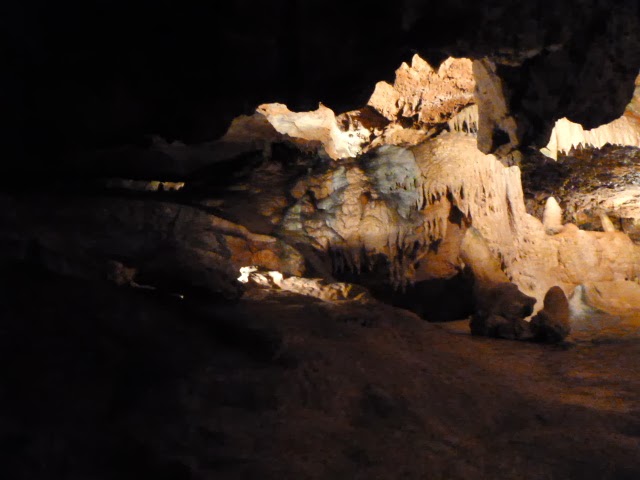 Interesting limestone formations inside the cavern. 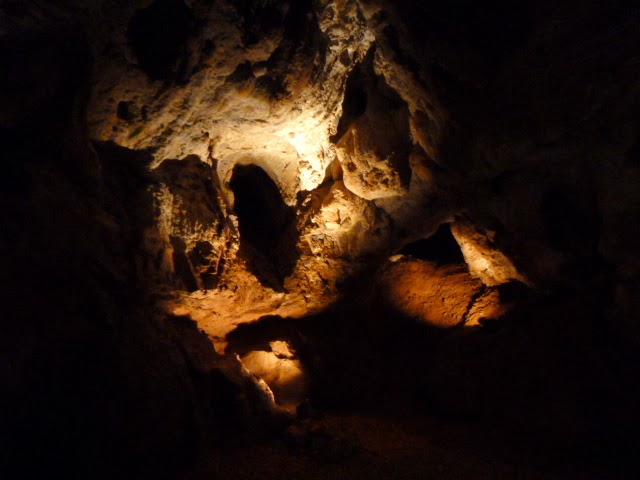 One of the many water formed tunnels throughout the cavern.

Over the millennia the cavern has been formed by water rushing through tiny fissures in the rock, which gradually expanded as the water wore away the rock to form smooth sided tunnels.  Many man made artifacts have been unearthed in the cavern including stone axes, flint arrow heads and tools.  Evidence of the food the people ate can be ascertained from the leftover bones of ox, wolf and bear.   The mean temperature of the cavern is around the 14c mark, so comfortable warm in winter and cool in a hot summer.

It was such an interesting place, and well worth the visit, even in the dark!